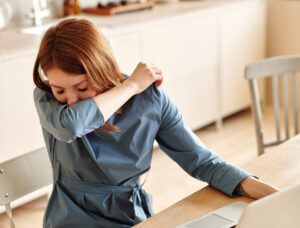 Know the symptoms and see a Doctor for a clear diagnosis immediately. Check out the Priority Health: Whooping Cough article below courtesy of Bay News 9.

State health officials say there has been an increase in the number of whooping cough cases reported by health departments in Florida. Interestingly, the reason is something we can do something about. It is not a more virulent bacteria, nor can it be blamed on improper hand washing, or a second rate healthcare system. It actually has to do with the public, and their understandings of immunity, and vaccinations.

Immunity from the vaccine only developed after completing 5 shots. So unfortunately, until the completion of the vaccine series, the child has limited protection against the bacteria (completed by age 4-6).Vaccination rates have declined in the recent years due to misinformation about vaccines causing autism.(proven NOT true). This decrease in vaccinations by the general public has allowed increased exposure to controlled infections. To further complicate the problem, the vaccine is not lifelong, but in reality requires a booster during the teenage years (age 12-17).

Education not only to the general public, but to the physicians as well would increase the booster rate, and decrease the number of outbreaks each year. Only through immunizations can the general public be protected from this type of avoidable infection. If the trend of non-vaccination, or partial vaccination continues, there is a real reality that diseases we “cured” years ago could become prevalent again.

Symptoms are usually mild to begin with, but progress after 7-10 days into increased mucus, and uncontrollable coughing, sometimes ending with a “high pitched whoop at end of cough to catch your breath”

Symptoms usually start about a week after being exposed, progress to severe symptoms within 10 days, and lasts up to 6 weeks.

Treatment is an antibiotic if the infection is caught within the first 10 days. Unfortunately, since it often mimics a simple cold, treatment is usually delayed until severe symptoms show up. At this point, antibiotics are not as effective. Supportive treatment like mucolytics (breaks down mucus), breathing treatments, cough suppressants, and humidifier air are most helpful.

Prevention is the key to this infection, as well as almost everything else in medicine.

Typically, whooping cough is just an annoyance, but for those individuals not vaccinated, or too young to have finished the process, it can be very severe. The highest mortality rates (death) is among infants. Protect the innocent, prevent the disease, get vaccinated and remember your booster shots! Stay Healthy My Friends…